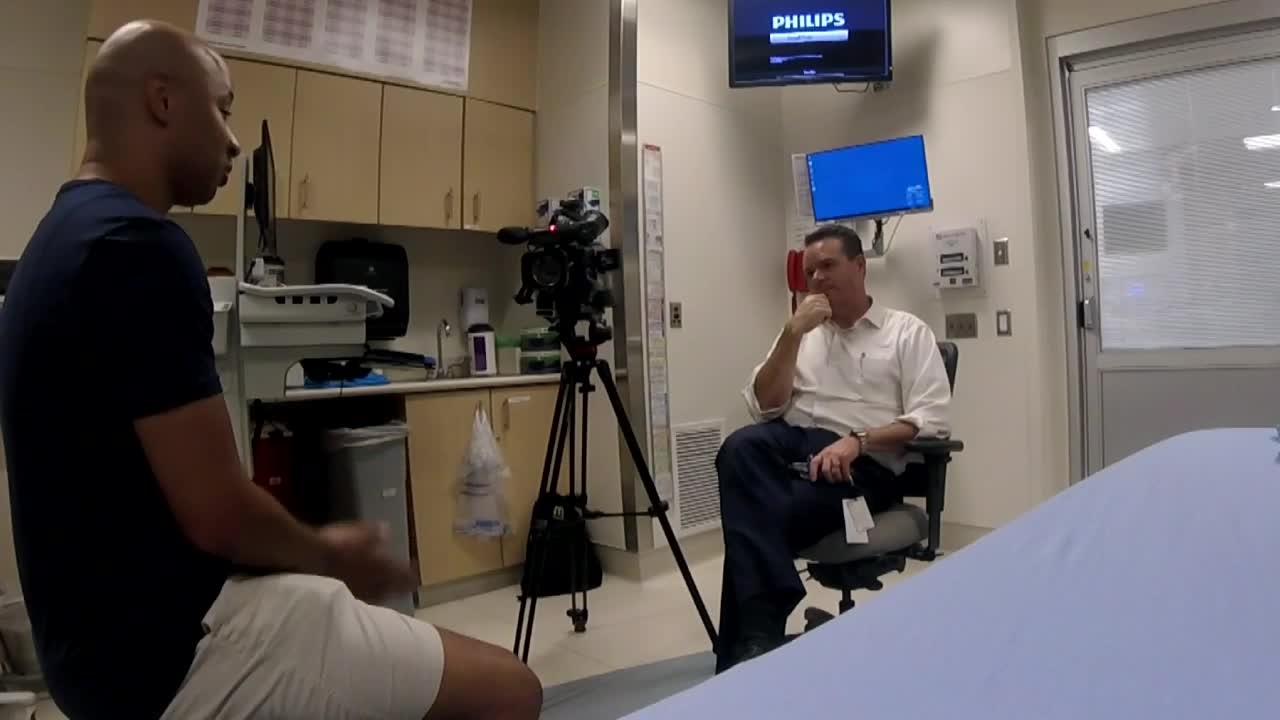 If you began having chest pains and shortness of breath, would you call 911? 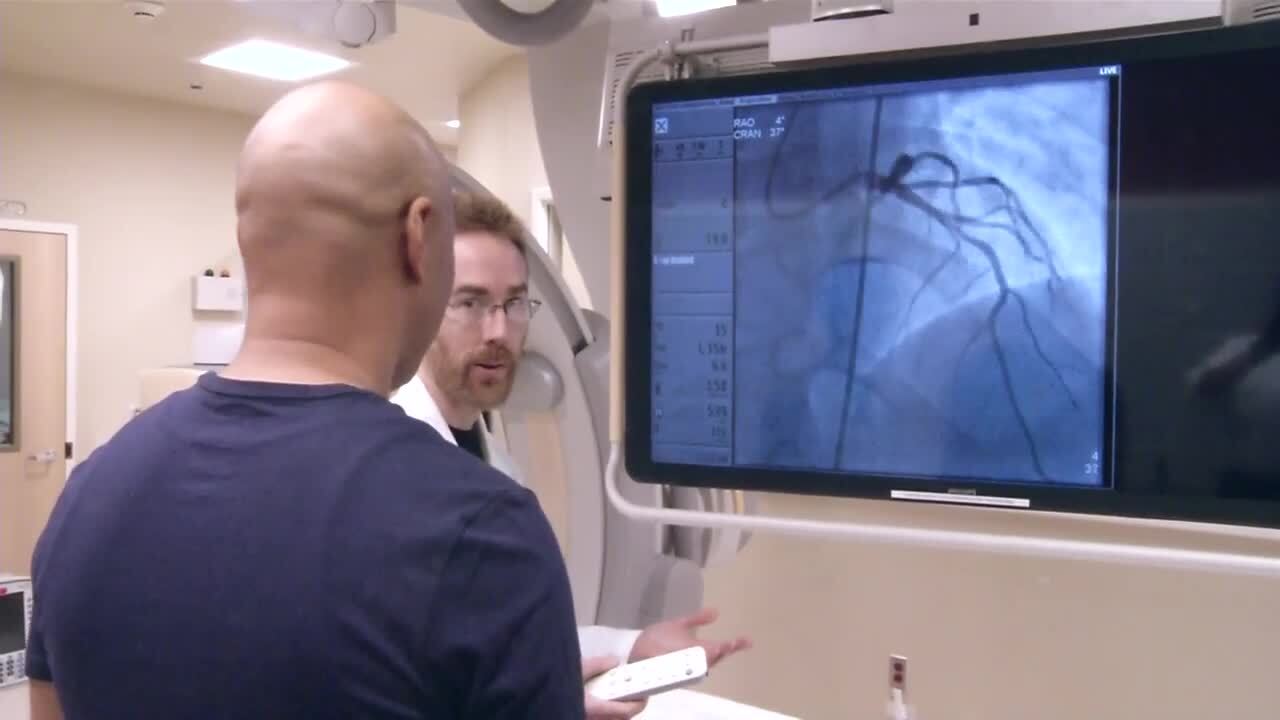 Shortly before his 37th birthday, Dominique took his annual physical fitness test, and he knew something was off. His symptoms - tightness in his chest, difficulty breathing and then profuse sweating - progressed as his son and nephew drove him to the emergency room at UCHealth Memorial Hospital North. ( CLICK HERE FOR PART 1 STORY ) ( CLICK HERE FOR PART 2 STORY )

Dr. Christopher Manhart, an interventional cardiologist at UCHealth Memorial Hospital, says people Dominique’s age having heart attacks is not as uncommon as most people may believe. “As the disease processes in this country involve smoking, diabetes, obesity, we're seeing younger and younger patients every day, for sure.”

Dominique had none of those issues and says, “Look at me – I'm not the picture of health, but I know I'm not what you think of when you see someone who has a heart attack.”

Dr. Manhart says there were no glaring warning signs that slipped past Dominique. “This is not something that would have showed up on an EKG or a normal test. Plaque like this is very mild, and this blockage probably would not have shown up on a stress test or anything like that.”

Dr. Manhart says the best prevention is practicing the basics of heart health. “Good diet, blood pressure control, cholesterol control. These mild blockages may not be picked up on normal testing.”

In hindsight, Dominique says there are a few things he would have done differently and he hopes others can learn from his experience. “I would have called 911 as the nurses and Dr. Manhart told me, if anything happened on my way to the hospital in my vehicle they don't have anything to treat me. If I would have been in the ambulance they would have had everything to treat me to make sure I made it here safe.”

Dominique’s wife, Alicia, also says there are things she would have done differently, starting when he began texting her that his chest was aching. “Calling 911 for sure, don't waste any time. All the texting we did - that was time wasted, texting back and forth asking questions. He could have already been at the hospital.”

Bottom line, says Dominique, is that it’s better to be safe than sorry. “If you ever feel anything, go get it checked out. Don't wait, and don't let your pride make you pay the ultimate sacrifice for no real reason. It's not worth it – it's not.”