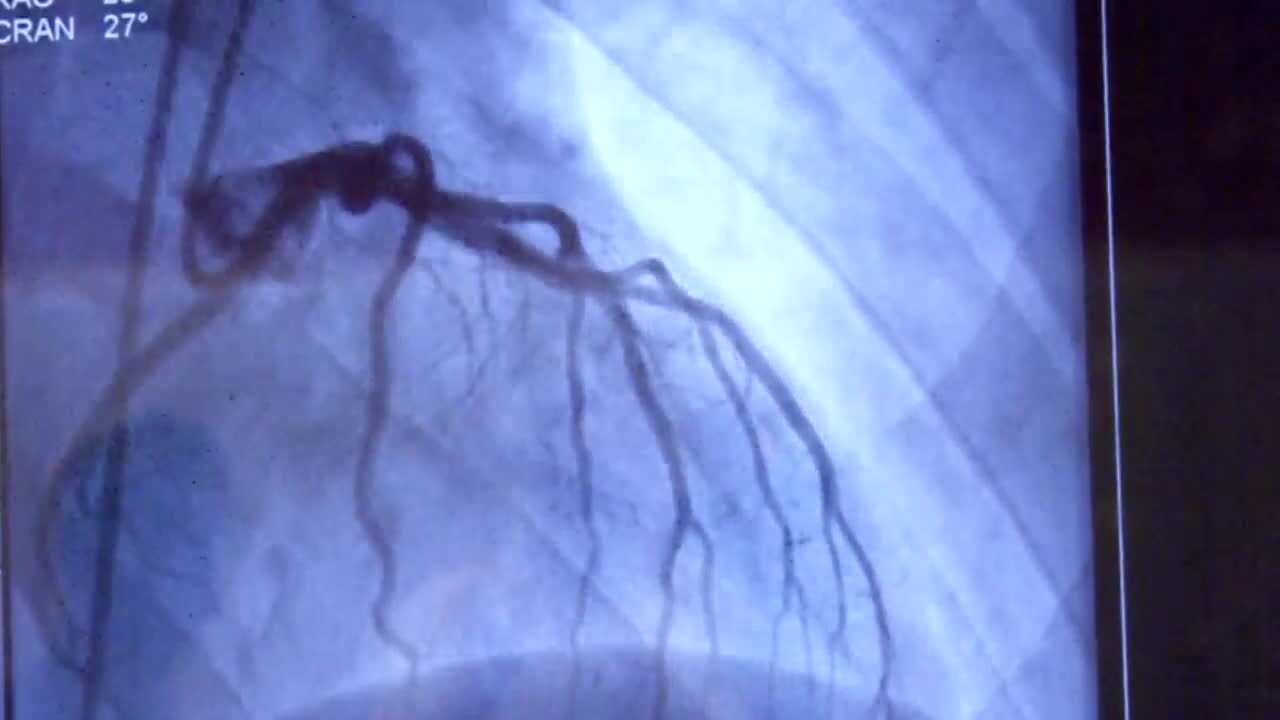 Copyright 2019 Scripps Media, Inc. All rights reserved. This material may not be published, broadcast, rewritten, or redistributed.
Cardiac catheterization is a procedure where we take small catheters and wires up to the heart,and we open it up with a process of balloons and stenting. 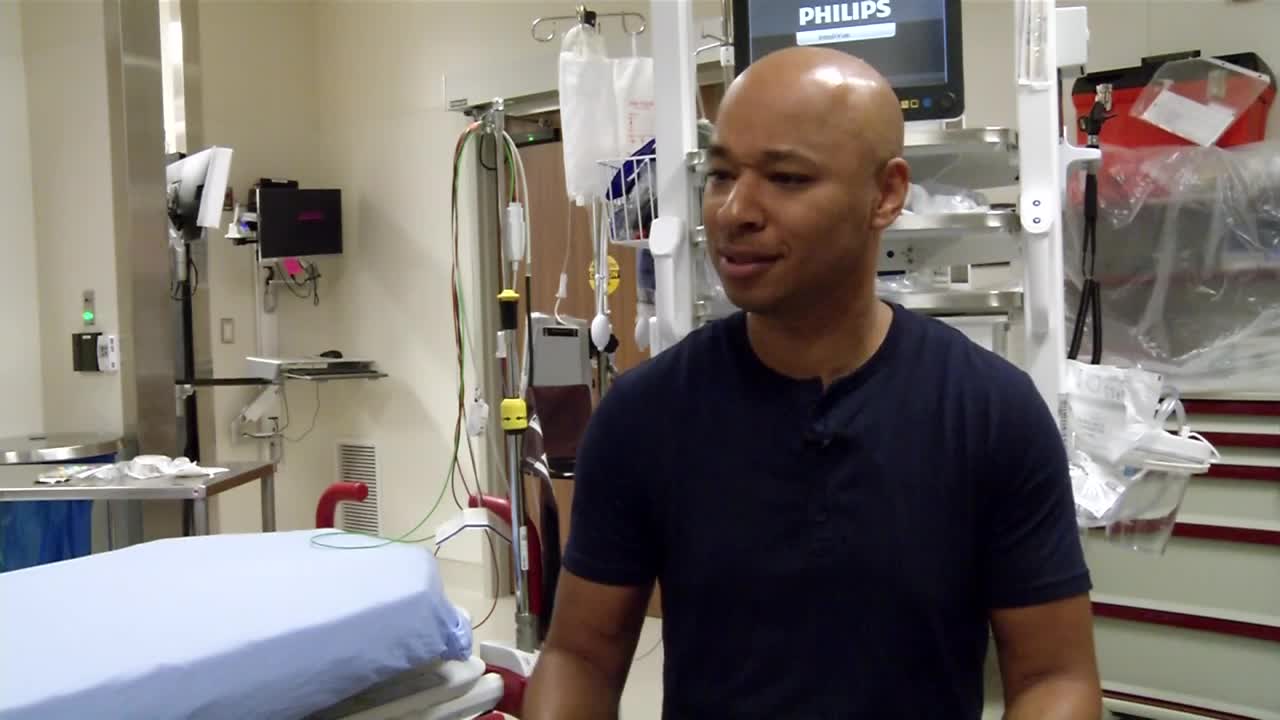 COLORADO SPRINGS — When Air Force tech sergeant Dominique Waithe-Cunningham arrived at UCHealth Memorial North Hospital with chest pain, profuse sweating and was struggling to breathe, it still had not dawned on him that he was having a heart attack. After all, he was just in his mid-30s.

After he was quickly put in a wheelchair, Dominique says that's when things went fuzzy. “Next thing I remember is waking up and Dr. Manhart is there, and everyone's there. They were saying, ‘Hey stay with us.’”

What Dominique doesn't remember are the efforts that saved his life. His nephew and 16-year-old son Christian had driven Dominique to the hospital. Christian says, “When I came back into the room there were six or seven doctors in here. Everybody was giving him stuff, talking to him trying to see what's going on. That’s when they had me go out of the room.”

Dominique’s heart had gone into a dangerous rhythm.

Christian recalls, “The door closed and I was freaking out. I called my mom and then that's when she tried to leave work immediately.”

Dominique’s wife, Alicia, was worried but wasn’t aware of how grave her husband’s situation was. “When I heard his (Christian’s) voice he was very distraught. That's when it really hit me because nothing really affects him to that extent, and that made me nervous.”

Dr. Christopher Manhart, an interventional cardiologist at UCHealth Memorial Hospital, knew exactly what was happening to Dominique. “This is an abnormal rhythm that his heart went into because of the heart attack called ventricular tachycardia. If he were to stay in this rhythm, it would be deadly. It requires treatment right away. The emergency department staff was right on top of it. It requires CPR and defibrillation. Defibrillation is the shock (delivered to the heart) that kind of resets the heart, and he came right back to his normal (heart) rhythm after that.”

Once Dominique had been stabilized, it was time to address the cause of his heart attack, explains Dr. Manhart. “His EKG was very suggestive that the artery on the front wall of his heart was totally occluded. He was emergently taken to the cardiac cath lab. Cardiac catheterization is a procedure where we take small catheters and wires up to the heart, we identify where the blockage is and we open it up with a process of balloons and stenting. The artery down the front wall of his heart was totally occluded, which is very consistent with his presentation. With pictures, we identified where the blockage was, and with that small wire, opened it up with a balloon. Then we stabilize the blockage with the stent, and at the end of the procedure, he had normal blood flow down that artery.”

Alicia arrived at the hospital and joined her son while Dominique was in the cath lab. She says, “When I arrived in the E.R., Christian and our nephew were smiling and Dominique was off getting his stent put in. A nurse came in and took us to wait for Dr. Manhart to come tell me that he was done with the procedure and that we could go see Dominique.”

While it was only about an hour, Alicia says it seemed like a long time to wait.

When Dominique emerged from the cath lab and was allowed to see his family, he says he felt like a new man. “Whenever they rolled me out, I instantly felt at least 80% better, like right then and there and it didn't take even an hour. I think I even surprised some of the nurses because I was sitting up and talking. They said, ‘You know what happened right?’ and I was like ‘yes.’ ”

As his recovery continued, the full extent of what happened to Dominique set in for him. “It didn't dawn on me until I got into the ICU, and I was like. ‘Wow, I really did have a heart attack.’ But they got me right in and clearly saved my life. I'm super appreciative.”

In a future story, Dominique and his family will talk about the lessons they learned going through this experience that they hope can help others if and when a heart attack strikes.