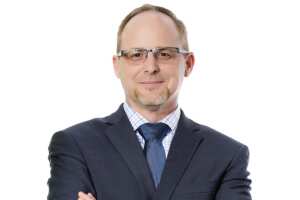 Benjamin Lloyd joined News5 as the Digital Executive Producer in December 2016, following up on 10 years as the Digital Content Manager for KRIS-TV in Corpus Christi, Texas, also part of the Cordillera Communications group of television stations. He now serves as the Digital Director for the NBC Affiliate in Southern Colorado.

He leads the News5 digital team and newsroom in their efforts to bring breaking news, extensive coverage of local events, severe weather coverage to viewers across southern Colorado and beyond on multiple platforms in real-time.

Being a newshound has always been a part of his life as he’s followed local, national and international events as a lover of history and the relation to current events.

Raised in a suburb of Dallas, Texas, he graduated from Texas Tech University with a Bachelor of Arts in Telecommunications with a minor in History.

Eventually, the desire to start a family with his wife led him to shift into news at KRIS-TV. Admittedly, he’s always had been a tech-savvy person who loves to write longer form stories. Both of those skills brought him over to lead the digital efforts for the station until moving his family to Colorado Springs.

Less than a year after leaving South Texas for higher altitudes, less humidity and no more hurricanes, he was called back to the Gulf Coast to cover the impact of Hurricane Harvey in the region he called home for 15 years.

People across the Coastal Bend of Texas knew one day another major storm like Hurricane Celia (1970) would slam into the communities right at sea level. Benjamin worked extensively with colleagues across the Cordillera Communications station group to get in contact with old friends reeling from extensive damage to their communities.

Back in Colorado, the News5 team’s impressive coverage of wildfires across Colorado in the spring and early summer of 2018 is his most memorable moment. It was a privilege to bring the latest information to people evacuated from their homes with the only source of news on their mobile phones.

When not checking his social media feeds for the latest on what’s going on in our communities, Benjamin can be found reading extensively or enjoying Colorado’s outdoors with new hikes, competitive shooting and plenty of open roads to enjoy a drive.