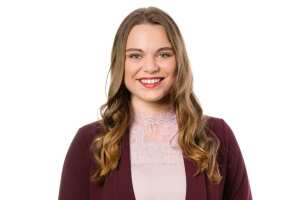 Ashlynn Worley is a newscast producer for the KOAA News5 in Colorado Springs and Pueblo. She joined the team right after graduation from Quincy University with a Bachelor's in Multimedia Journalism.

Ashlynn started off as a Digital Content Producer and a Television News Producer, then quickly moved to focusing on newscasts.

She developed a love of storytelling while growing up on a small farm in rural Missouri. Now she’s excited to explore and grow within her career while finding new adventures in the Pikes Peak region.